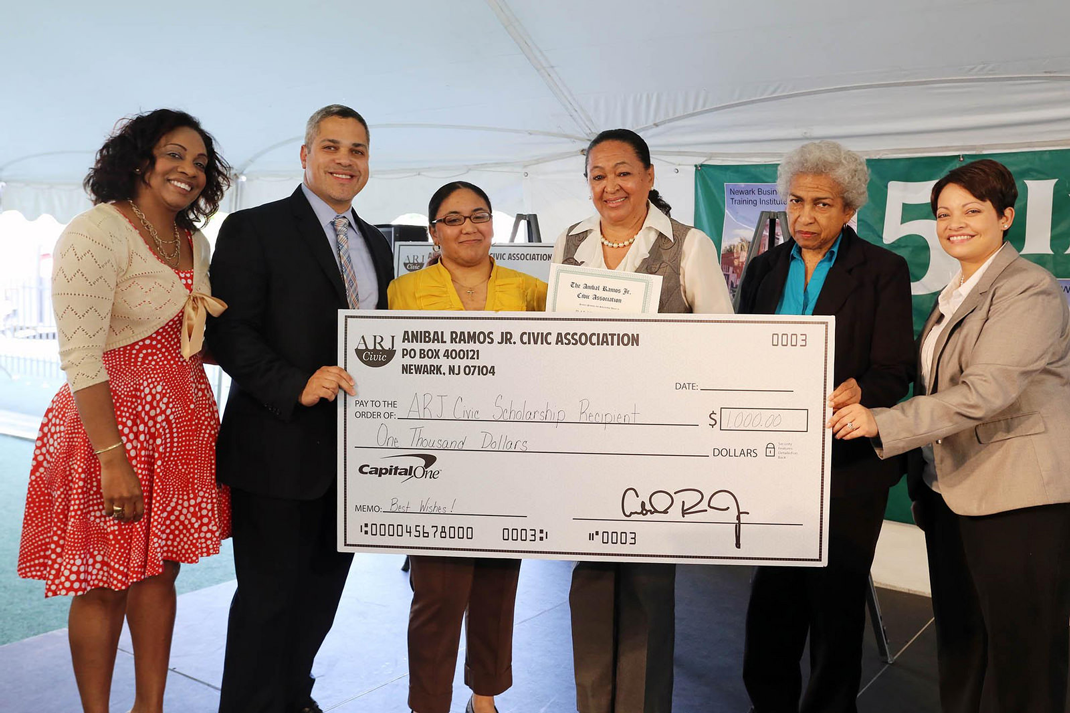 Since he was elected in 2006 as councilman representing the North Ward of Newark, Anibal Ramos has been awarding scholarships to Newark students. ARJ Civic was formed as a non-profit organization a few years ago to accept donations from supporters who want to support scholarships for students. ARJ Civic also hosts community events in Newark and helps families in need.

"For me the scholarship program is important, because like many people here today, I grew up in the city and was fortunate to have attended Our Lady of Good Counsel High School. My mother worked part time in order to pay my tuition, but she became ill when I was a sophomore. Senior year I was not able to get the assistance from her anymore because she was not working."