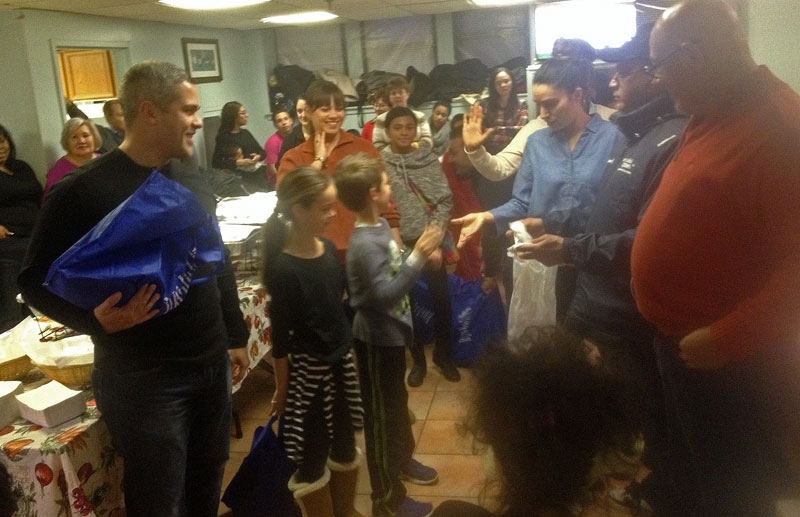 The turkey distribution began this weekend at the Lighthouse Assembly of God Church and Casa Mia, a senior complex in Newark's North Ward.

The turkeys were purchased with donations from ARJ Civic along with Councilman-at-Large Luis Quintana, Councilman Carlos Gonzalez, state Sen. M. Teresa Ruiz and Assemblywomen L. Grace Spencer and Eliana Pintor Marin, who were present over the weekend to help with distribution.

The turkey distribution has become a North Ward tradition since Ramos was first elected to the City Council in 2006.

"Many of our families in Newark are struggling to make ends meet and would otherwise not be able to afford a traditional Thanksgiving meal this year," Ramos said. "I am proud of my colleagues who helped pitch in this year to ensure that those who are in need can enjoy a Thanksgiving meal with their loved ones."