Jacqueline Sharp, the president of Parkside Manor Tenant Association, was honored by ARJ Civic Association with a senior community leader award at the association's First Annual Leadership Awards Breakfast held on March 12, 2015 in the Crystal Room of the Robert Treat Hotel. 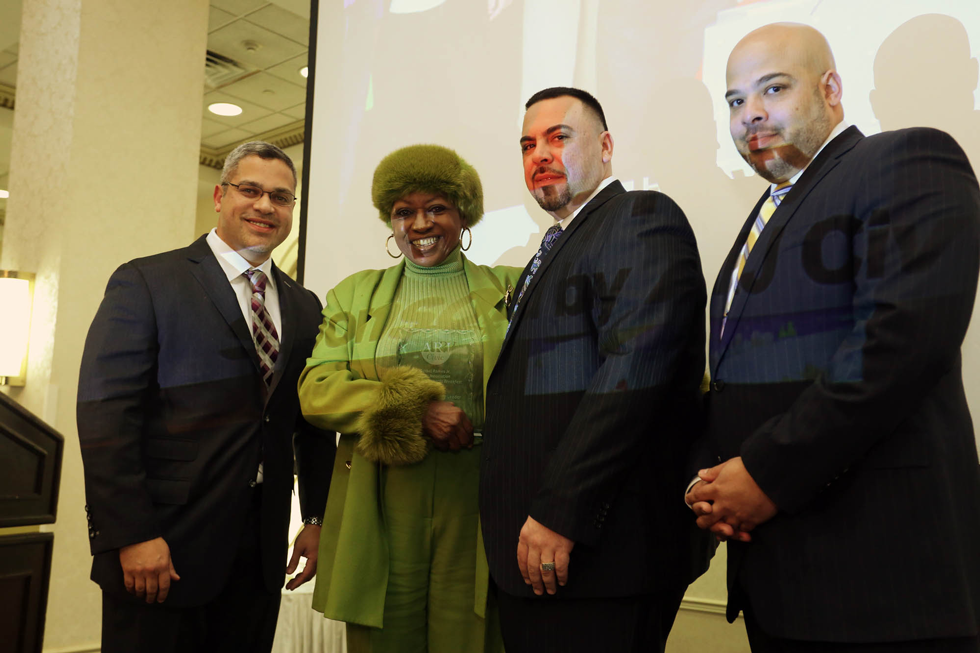 Ms. Sharp was born in Newark on February 22, 1950 to the late John Harden and Janie Kinard. She is one of eight children and attended Newark Public Schools, including 18th Avenue, Bragaw Avenue and Weequahic High School, after which she enrolled at Wilfred Academy of Cosmetology.

Ms. Sharp married twice and during that course she had four children. She has nine grandchildren, six great-grandchildren and raised nine step children.

A hair stylist for 35 years, she opened the first free-standing Glemby International salon for persons of color at Hahne’s department store in Newark. She later became a technical director of the salon, where she was afforded the opportunity to travel the world. One of the highlights of her career was helping Glemby International launch its first salon in South Africa in 1980.

Years later, Ms. Sharp decided to once again reinvent herself. Passionate about cooking, she enrolled in a culinary course at the Food Bank of New Jersey. She graduated in 2008 with many awards and was given a scholarship to further her culinary education.

During all her years as a hair stylist and chef, she was always involved with her community and the concerns of Newark. Along with then-Councilman Sharpe James, she formed a block association on Lehigh Avenue in Newark. She also helped establish a food program at the First Timothy Baptist Church on Chancellor Avenue in Newark under the leadership of Pastor Andre Coffee.

She took her talents and sills as chef to the Montclair Child Development Pre-Schools, where she was responsible for providing meals for 300 students twice a day.

Ms. Sharp is a member of the First Timothy Baptist Church, has been a member of the New Jersey Mass Choir for 15 years and is a member of the National Association for the Advancement of Colored People. In 1990, she was named hair stylist of the year and in 1993, she won a championship in Paris, France. In 2002, she was awarded the Icon of Newark. While there are many more accolades, these are the ones that are near and dear to her heart.