Keith Kinard, executive director of the Newark Housing Authority, was honored by ARJ Civic Association with a community leader award at the association's First Annual Leadership Awards Breakfast held on March 12, 2015 in the Crystal Room of the Robert Treat Hotel. 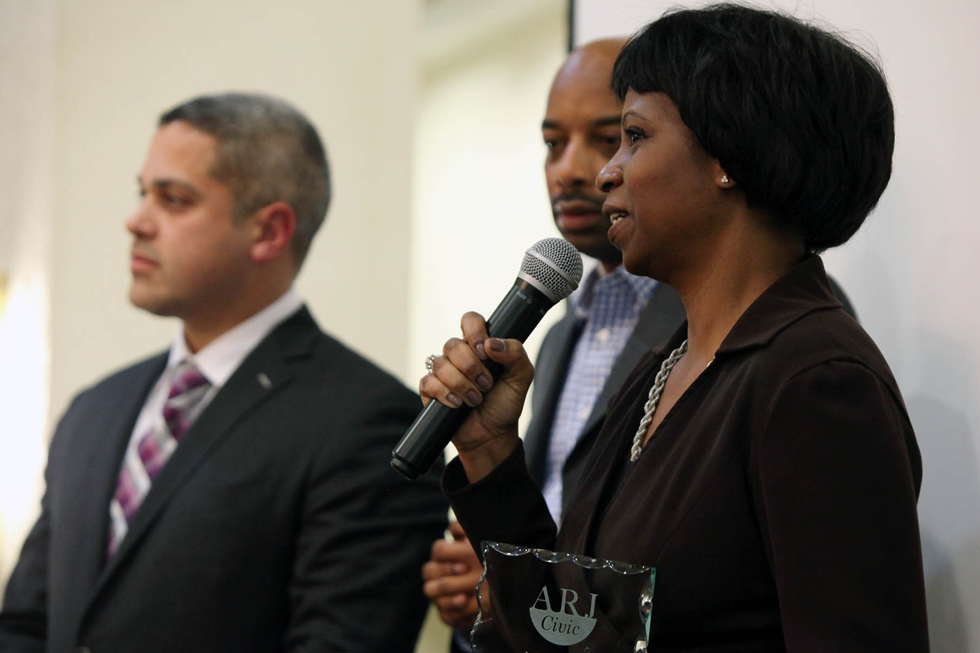 Mr. Kinard began his career as an attorney. In 1995 Mr. Kinard transitioned to affordable housing at the Housing Authority of the City of Pittsburgh (HACP), the second largest affordable housing agency in Pennsylvania. During his tenure at HACP, Mr. Kinard’s roles included senior associate counsel, director of operations, chief of staff, deputy executive director and then his final role as executive director.

Since June 2006, Mr. Kinard has served as Executive Director of the Newark Housing Authority (NHA), the largest housing authority in New Jersey. With his leadership the agency’s Low-Income Public Housing and Section 8 Voucher Programs were removed from the U.S. Department of Housing & Urban Development’s (HUD) “troubled” list and consistently remained solid performers.

Mr. Kinard has led the NHA to an A+ rating from Standard & Poor’s for four consecutive years, developed nine new residential housing developments with over 500 homes across the City of Newark, a rent collection rate to 97 percent, increased the percent of low-income families receiving rental subsidy assistance by 14 percent, and achieved a High Performer designation from HUD for its Section 8 Voucher program.

Other notable highlights include the construction of two new high capacity family enrichment centers offering fitness, health and personal growth opportunities for youth and adults, the implementation of a 50 million dollar Energy Conservation Program, at its residential facilities, with an equivalent impact of planting nearly 1,2 million trees, assisted hundreds of NHA high school students to complete their college education with scholarship awards totaling more than $1 million, trained nearly 200 residents for the workforce and facilitated the hiring of another 200 residents for agency contracted work.

Mr. Kinard serves as secretary of the NHA Board of Commissioners, a board member of the Council for Large Public Authorities, and the Newark City of Learning Collaborative.