The scholarships were distributed during an awards ceremony at Nanina’s in the Park attended by family members of the students, state Sen. M. Teresa Ruiz, Councilman Luis Quintana and Newark Schools Superintendent Roger Leon along with a number of administrators for North Ward public schools. 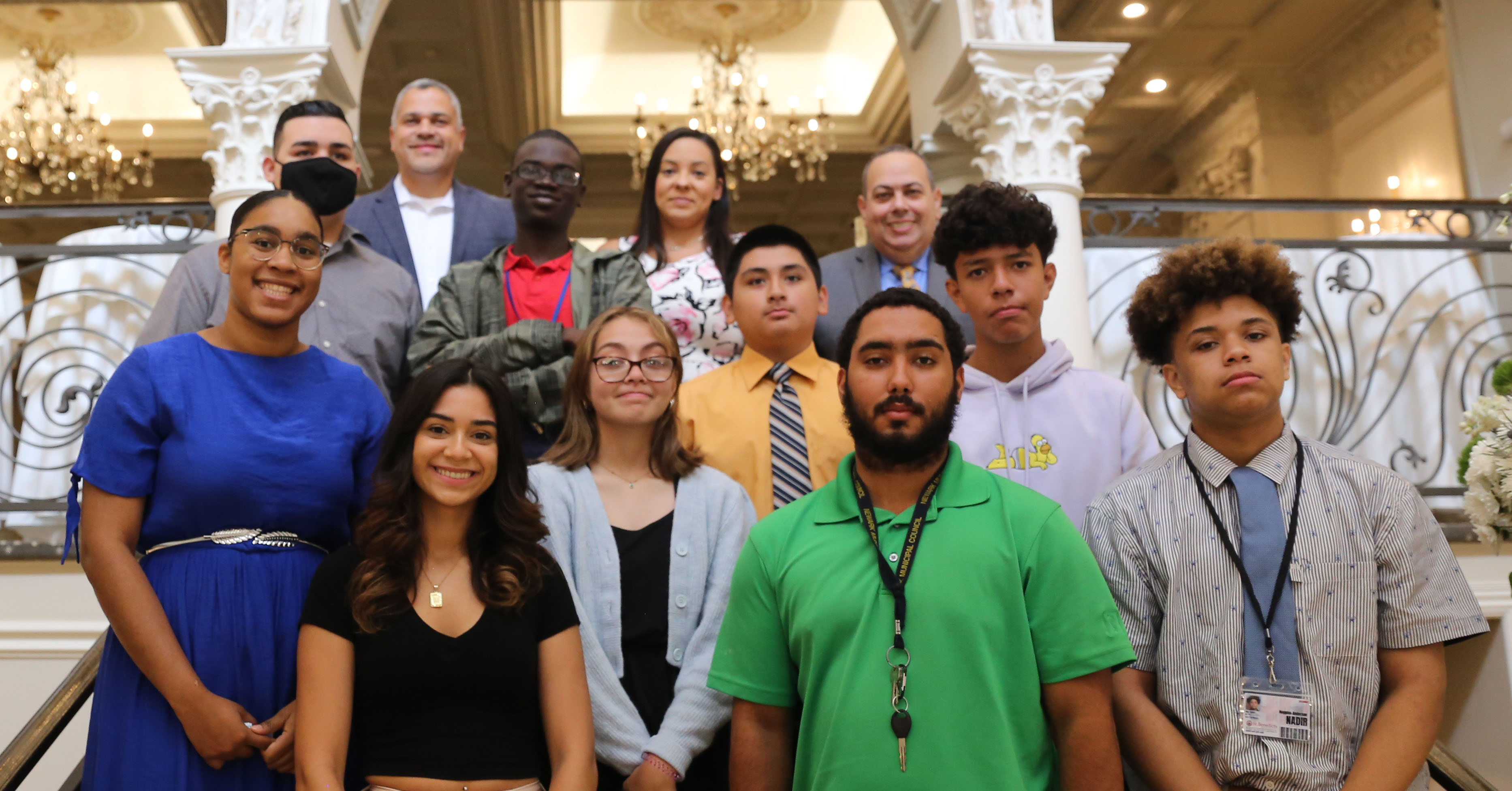 “I want to congratulate all the scholarship recipients,” Councilman Ramos told the gathering. “You would not be here today if you did not have incredible people around you supporting you along the way and I want to take this opportunity to acknowledge the family members, friends and supporters who have made it possible for these young people to excel.

Since he was first elected in 2006 as councilman representing the North Ward of Newark, Councilman Ramos has been awarding scholarships to Newark students. ARJ Civic was formed as a non-profit organization nearly a decade to accept donations from supporters who want to support scholarships for students.

Over the years, the mission of ARJ Civic has expanded to include hosting community events in in Newark and helping families in need. During the ongoing pandemic, ARJ Civic worked with St. James Health to ensure seniors received COVID-19 testing and vaccinations. The association also partnered with the Salvation Army Newark Area Services and other organizations to distribute thousands of boxes of food to Newark residents.

The four $2,500 scholarships awarded to college students were named in memory of Newark recently deceased residents who contributed to the civic life of the city – Jesus Casiano, an aide to the councilman; school board member Tave Padilla; Essex County Undersheriff Kevin Ryan and Carmen Vega Ramos, an aide to Council President Mildred Crump.

Ramos, who grew up in Newark, attended Our Lady of Good Counsel High School. At the time, his mother began working part-time to pay the tuition. But she became ill, when he was a sophomore and could no longer work. Ramos said a member of the church anonymously donated money to help pay his tuition.

Ramos said he started the scholarship program as a way to give back to young people who face similar circumstances to the ones he faced.

The following students were awarded $2,500 scholarships for college.

The following students were awarded $500 to attend private and parochial high schools.