Law Enforcement Exploring has been a part of Newark & Essex County’s history for over 50 years. It has produced some of the finest law enforcement and first responders in the country.

Essex County Law Enforcement Explorer Post 183 was the brainchild of Essex County Sheriff’s Officer and Newark resident Armando Aviles. Aviles an unconventional approach to running the program. Most of the Law Enforcement Explorer Posts across the country are sponsored by their local law enforcement agencies. They are staffed by paid law enforcement officers. They also engage in a very selective process in choosing the youth participants.

Aviles remembered his first encounter with Newark Police Lieutenant Leo Bernheim. He was a compassionate man who had no children of his own. While he was assigned to serve as Advisor to the Explorers, Bernheim also spent much of his free time serving as a second father and mentor to most of the participants.

In late 2016, Aviles had been volunteering with a group of local Explorers on a part time basis. They suddenly found themselves without leadership and without a home. With the assistance of some friends from the Essex County Sheriff’s Office, Newark Police Department and several other agencies the officers partnered with the parents to form Essex County Cops for Kids, a non-profit organization. Everyone the partnership agreed that all the efforts moving forward with the children of Essex County would be purely voluntary.

The first organization to step up and lend financial support was Essex County P.B.A. Local #183 which represents the Essex County Sheriff’s Officers. In appreciation of their support we chose 183 as our post number.

The next step was to recruit members. Instead of having a selection process. The committee agreed that every child deserved a chance and that no child would be turned away. Explorer Post 183 was born. It started with 20 Explorers and today boast over 100 young men and women representing all 5 wards in the city of Newark and the surrounding towns.

The Explorers of Law Enforcement Post 183 have become positive role models in the community for other students. In the past 2 years alone, they have collectively performed over 20,000 hours of volunteer service to the community. 2018 was a banner year for them, receiving over 2 dozen local, county, and statewide awards and recognitions. They also had the opportunity to spend 5 days in Washington D.C. during Law Enforcement Memorial Week where they interacted with tens of thousands of law enforcement officers from throughout the world.

Thanks to their collaboration with the business owners of the Mt. Prospect Partnership they now, not only have a location to store their equipment, but have a permanent training field as well. They also developed a partnership with the City of Newark that provides them with a home at the Vince Lombardi Center of Hope in Newark’s North Ward.

Perhaps the greatest accomplishment so far is the fact that 2 Explorers have recently graduated from the New Jersey State Police Academy and are currently working as Newark Police Officers.

2019 only brings us greater goals and ambitions as we prepare to send all our Explorer leaders to the 2019 Explorer Leadership Conference in Ohio. We will also be aggressively seeking to purchase a 15-passenger van to assist those Explorers families that encounter transportation issues getting their children to and from the meetings safely. 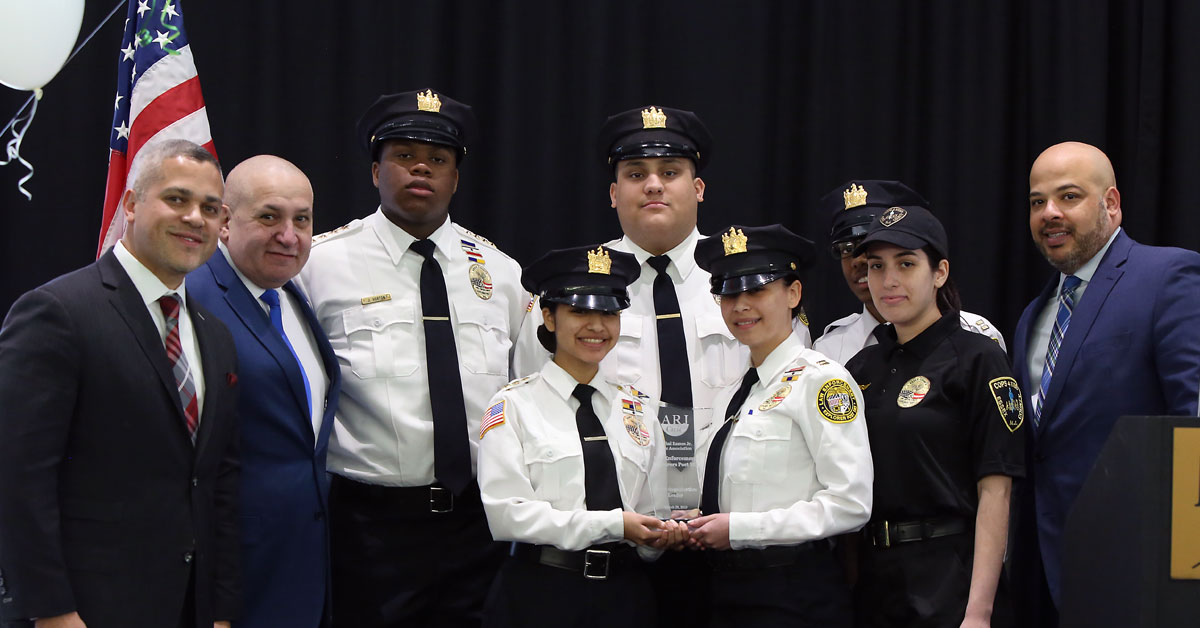