Anthony Ambrose, chief of investigators for the Essex County Prosecutor's Office, was honored by ARJ Civic Association with a law enforcement leadership award at the association's First Annual Leadership Awards Breakfast held on March 12, 2015 in the Crystal Room of the Robert Treat Hotel. 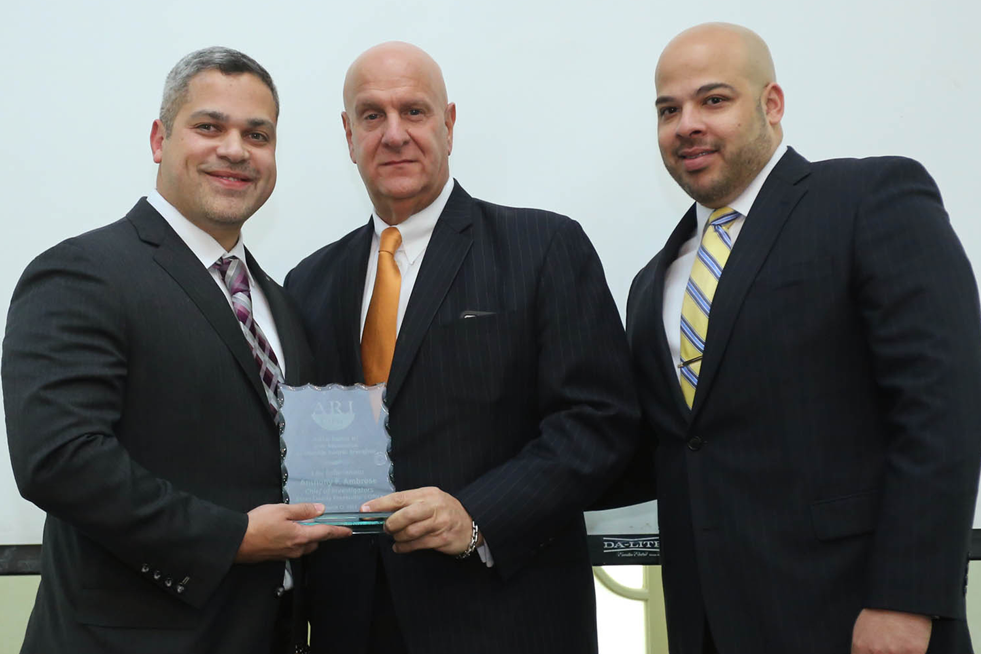 Mr. Ambrose has served as the chief of detectives for one of the largest and busiest Prosecutor’s Office in the State of New Jersey since 2008. He manages an investigative staff of approximately 150 detectives and superior officers. He is responsible for all major crimes investigations, special victims, internal affairs and corruption investigations, as well as managing investigative personnel during preparation of cases for criminal prosecution.

As Police Director, he served as the Chief Executive of the twentieth largest police agency in the United Sates, with more than 1,200 sworn officers, overseeing a budget of $123 million.

Mr. Ambrose earned a bachelor of arts degree in public administration and a master’s in administrative science from Fairleigh Dickinson University. He is also a graduate of the 196th class of the FBI National Academy at Quantico, VA and and Senior Management Institute for Management at Boston University.