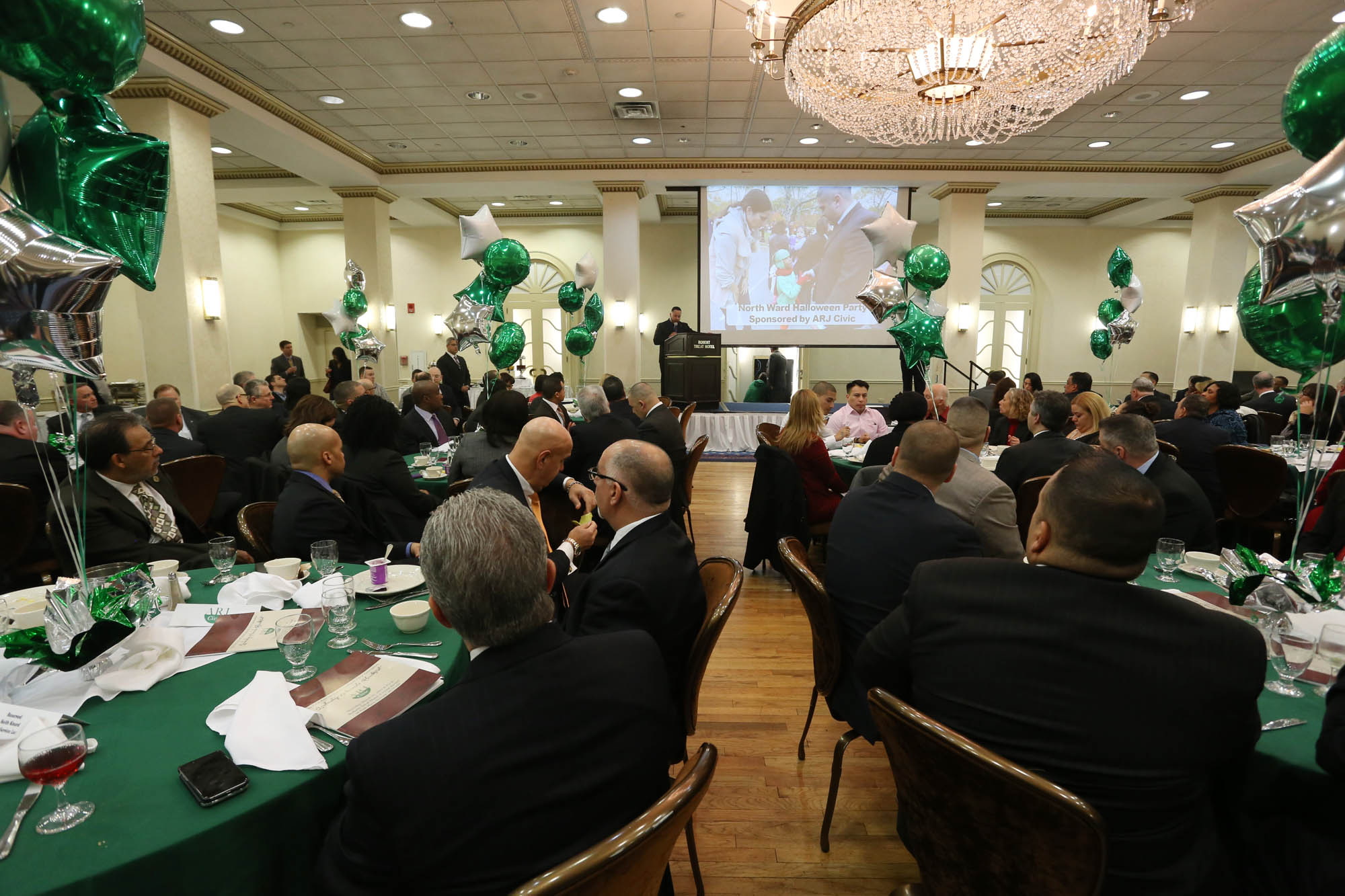 Nearly 200 attendees packed the Crystal Room at The Robert Treat Hotel on Thursday, March 12, 2015 to recognized and celebrate the contributions of the honorees.

"In their own individual ways, both men have impacted the community," Ramos said.

"As founder of The North Ward Center and Robert Treat Academy," Steve has impacted tens of thousands of lives in our city, giving our citizens the tools they need to become productive members of our society," Ramos said.

Ramos recalled working as a 14-year old for Perez in his supermarket, where he learned the values of hard work that he still uses to this day.

"Alfonso escaped Communist Cuba and came to America in 1972, penniless and unable to speak English," Ramos said. "But he was entrepreneurial and started Twin City and Pueblo Supermarkets, which cater to our community and give job opportunities to many residents."

Others who were recognized were (click on the links for their full bios).