Kathy Duke-Jackson, principal of First Avenue School in Newark, was honored by ARJ Civic Association with a educational leadership award at the association's First Annual Leadership Awards Breakfast held on March 12, 2015 in the Crystal Room of the Robert Treat Hotel. 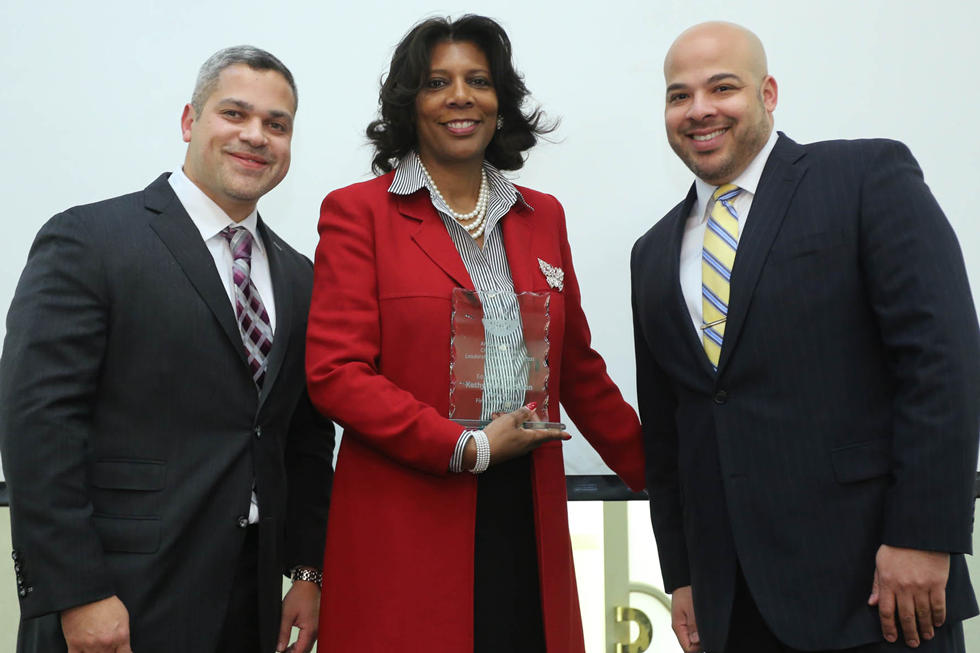 A native of Newark, Ms. Duke-Jackson is has been an educator for 26 years. She began her education at Quitman Street School and earned a Bachelor’s Degree in Communication and English from Rutgers University in New Brunswick, N.J. She later received a Master’s Degree in Administration and Supervision from Saint Peter’s College in Jersey City, New Jersey.

Ms. Duke-Jackson spent her teaching career at Newton Street School located in Newark. After teaching for eight years, she was promoted to the position of vice principal. After serving in the capacity of Vice Principal for five years, Ms. Duke-Jackson was promoted to the position of school principal at Burnet Street School. Under her leadership, Burnet Street School achieved the state benchmark, making Adequate Yearly Progress two years in a row, moving the school from a Level 5 to a Level 0.

Ms. Duke-Jackson is an active member of Metropolitan Baptist Church in Newark, and the National Organization of African American Administrators where she serves as the treasurer. Ms. Duke-Jackson firmly believes that all children are capable of learning and achieving high academic standards. She works hard daily to ensure that every child that she is privileged to serve is prepared for any challenge that awaits them.