Scott A. Fields, the owner of Daybreak Express, was honored by ARJ Civic Association with a business leader award at the association's First Annual Leadership Awards Breakfast held on March 12, 2015 in the Crystal Room of the Robert Treat Hotel. 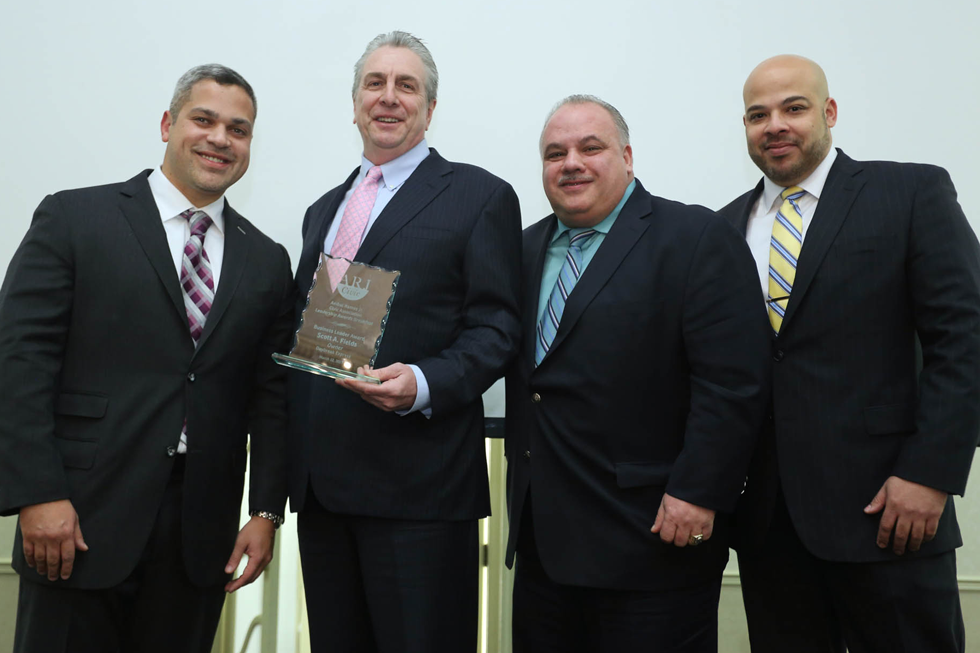 Mr. Fields is a leading businessman in Newark. He is president and a principal shareholder of Daybreak Express, Inc., and of several affiliated companies. Together they employ 200 people out of their location in Newark.

Daybreak Express, Inc., is an asset-based national motor carrier that has been serving commercial shippers since 1983. It was a pioneer in load-to-ride and time-sensitive freight shipments.

Mr. Fields is also president of related sister companies. The companies are a federally-authorized freight forwarder, a container leasing entity, and the owner of the Daybreak Express terminal in Newark.

Mr. Fields was the driving force behind the specially built 50-door cross-dock terminal that houses Daybreak Express. He also played an important role in the development of a 52-acre site in Newark known as the former Motiva site, working with the NJDEP, the City of Newark, environmental engineers, contractors, PSE&G, and others to make the site productive. The current tenant has been able to expand its business and create additional jobs in Newark.

With the experience gained from these ventures, he is pursuing the redevelopment of other brownfields and contaminated sites in Newark.

He is married to the former Annmarie Navarra.  They have three grown daughters, Nicole, Stephanie and Ashley.